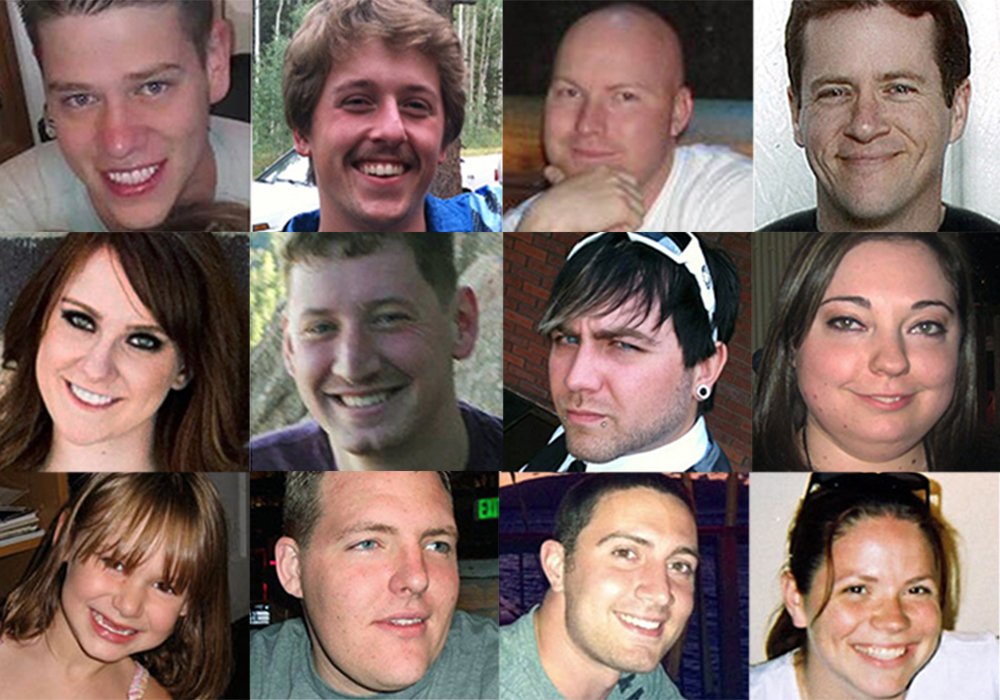 The city of Aurora, Colo., will host various events Saturday as part of a day of remembrance honoring victims of the mass movie theater shooting that occurred one year ago.

The day’s events begin at 7:30 a.m. MT with a community gathering on the lawn of the Aurora Municipal Center.

Following that, there will be a short ceremony of songs, prayers and addresses by Aurora Mayor Steve Hogan and Gov. John Hicklenlooper. Volunteers will then disperse to work on community service projects, such as creating a memorial garden, constructing a healing wall and sorting medical supplies for hospitals in need.

The 12 shooting victims who died attending a midnight screening of the film "The Dark Knight Rises" on July 20, 2012, ranged in age are remembered below:

John Thomas Larimer, 27, came from a military family in Crystal Lake, Ill. Like his grandfather, Larimer served in the U.S. Navy as a petty officer, third class. He joined the Navy about a year before the shooting and was one of two active-duty service members killed.

Rebecca Wingo, 32, was a single mother with two daughters. She was a veteran of the U.S. Air Force, where she served as a Chinese translator. At the time of the shooting, she was working toward an associate of arts degree at the Community College of Aurora.

Alexander Sullivan was killed the night of his 27th birthday. Sullivan was known by his friends as a huge fan of movies and comic books. The Sunday following the shooting would have been his first wedding anniversary.

Alexander J. (“A.J.”) Boik, 18, dreamed of becoming an art teacher and opening his own art studio. He was accepted at the Rocky Mountain College of Art and Design; he planned on starting in the fall. Boik was at the movie with his girlfriend, who survived the shooting.

Veronica Moser-Sullivan, 6, was the youngest of those killed. She had just started swimming and was about to start taking lessons. Her pregnant mother, Ashley Moser, was shot twice. The shooting caused Moser to miscarry and left her paralyzed.

Jessica Ghawi, 24, was a college student and aspiring sports journalist. She moved to Colorado from Texas about a year before the shooting to intern at a Denver radio station. In June 2012, she survived a shooting at the Eaton Centre mall in Toronto that left two people dead.

Gordon Cowden, 51, had gone to the theater with his two teenage children, both of whom were unharmed in the massacre. Cowden was a small-business owner and an outdoorsman whom his family described as a “true Texas gentleman.”

Micayla Medek, 23, went by the name Cayla to her friends. At the time of the shooting, she was working at a Subway sandwich shop and taking classes at the Community College of Aurora. She planned to graduate in 2015.

Matthew McQuinn, 27, died shielding his girlfriend, Samantha Yowler, from gunshots. The couple had dated for over two years and worked together at Target. Yowler was shot in the knee, but she and her brother Nick survived.

Jonathan Blunk, 26, was a father of two who served in the Navy for five years. He had left the Navy in 2009 after three tours in the Persian Gulf and North Arabian Sea. He was at the movie with his girlfriend, whom he died protecting from the shooter.

Jesse Childress, 29, was a staff sergeant in the Air Force reserves on active duty with the 310th Forces Support Squadron at Buckley Air Force Base. He was from Thornton, Colo.

Alexander Teves, 24, had recently graduated from the University of Denver with a master’s degree in counseling psychology and was planning to return to school for a doctorate in physical therapy. He was with his girlfriend, Amanda Lindgren, who was not injured.